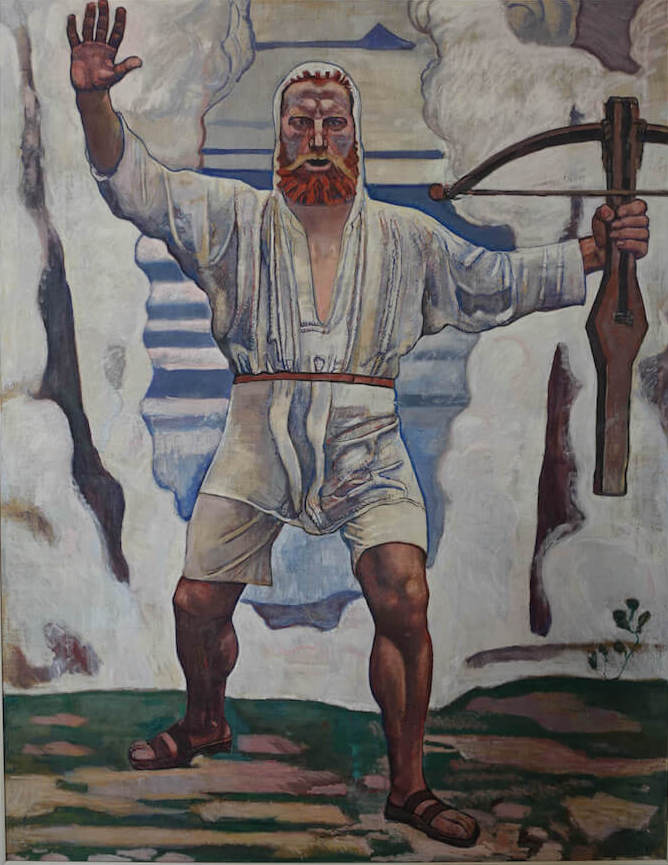 What about William Tell? Did he really exist? Or does this story of the father who shoots an apple off his child's head come from Norway after all? Why do we need a William Tell? These are some of the central questions that we want to explore in our exhibition.

We look over the shoulders of the historians and get to know the men who formed our image of Swiss history. In doing so, we ask ourselves what they intended with their work. What was their world view and what were their motives for formulating the history of Switzerland in this and not in a different way?

Every era writes its own history. Even if the facts remain the same, our evaluations and moral concepts do change. They influence our judgment about episodes from the past. In other words, history changes over time, but it does not mean that its creators wanted to produce Fake News, quite the contrary.

With this exhibition, we would like to heighten your sensitivity to the question of what history has been and is being used for. Join us on our tour through the centuries. The MoneyMuseum presents some of the most magnificent chronicles written by Swiss historians and printed by Swiss printers.

Traditional societies have a hierarchical organization. The position of a person, and with it his prestige, depends not on how much he possesses, but on how many goods he has given to the other members of the society.

Money in the Roman Republic

As a rule, coins are not manufactured to provide future generations with an insight into their users’ environment, but to be recognized as a reliable currency in the largest possible geographic area. The recognition effect was important – for instance, the most successful coins from Greek antiquity, the tetradrachms introduced by the Athenians and by Alexander the Great, featured the same image for more than one and a half centuries.

The denarii of the Roman Republic, on the other hand, are a completely different matter! Here, in the excited first century BC, the coin motifs change quicker than the years. We find everything: scenes from the past, allusions to the present, images of everyday political life, buildings, people, and of course deities. The ones responsible seem to have squeezed their whole world into the small space a denarius provides for coin motifs.

The exhibition highlights the phase of the Roman Empire when it was still Republican and focused on virtues, which enabled this state to fly high later.

﻿Introduction to our library with rare books and modern literature.