"Traditional Currencies from Africa, Asia and Oceania"
Here we show you money made of jewellery, feathers or other materials, and other means of payment from indigenous people.

"Money in the Roman Republic". 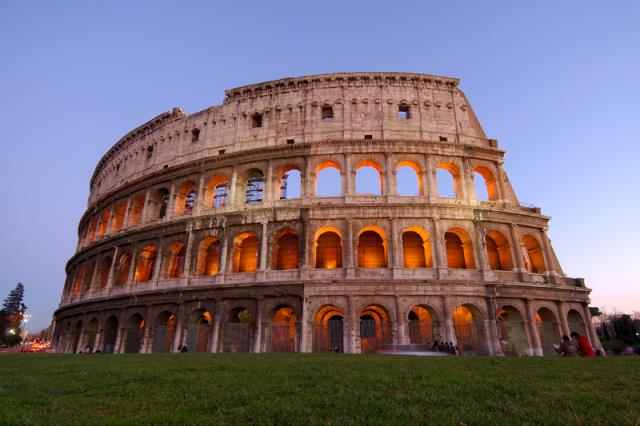 Theme 1: War is Father of all things

All major changes in Roman coinage hark back to the necessities of war. During the Samnite Wars, Rome adapted its own system to the Greek coinage system and commissioned Greek artists with the production of Greek-style coins. The biggest monetary reform of ancient history was triggered by the war against Hannibal. It gave birth to the denarius that was to be in circulation for almost 500 years.

Theme 2: Pater Patriae or How can Rome be fed?

The Roman emperor became the guarantor of the well-being of Rome`s citizens. They expected him to organize lavish games, commission magnificent buildings and always provide enough grain to assure a livelihood. For all of that he needed money, as for the legionaries` pay and the salaries in the imperial administration. The easiest way to raise money was war. Making new provinces always provided Rome with rich war booty.

In addition, the Roman emperors expanded the system of taxation. Every citizen in the provinces was obliged to pay not only taxes to his native town but a fixed tax per head to the Roman Empire, complemented by a share of his agricultural production. To levy all-encompassing taxes, censuses were carried out regularly.

The Roman Empire did not only possess the world`s first national budget but likewise had systematic tax declarations valid in the whole Empire.

Thursday and Friday on advance notification

Videos for the exhibition at the MoneyMuseum